Handing over of 168,000 doses of Japan manufactured vaccines donated by the Government of Japan 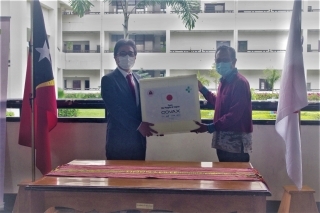 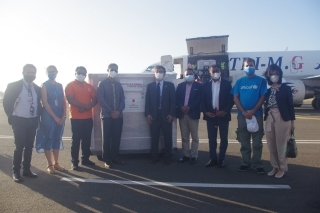 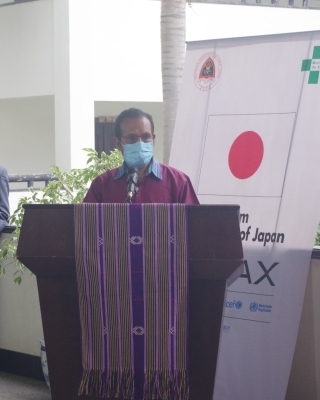 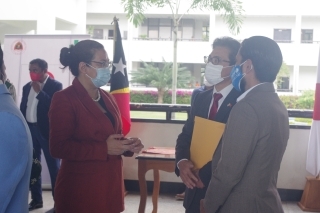 H.E. Mrs. Adaljiza Albertina Xavier Reis Magno, Minister for Foreign Affairs and Cooperation
On 13 August, 168,000 doses of AstraZeneca vaccines manufactured in Japan arrived in Dili.  These vaccines were donated by the Government of Japan and transported by the flight chartered by COVAX which utilized a part of 1 billion USD contribution by the Government of Japan to COVAX. 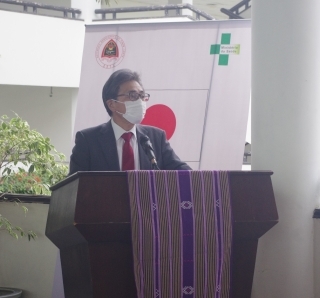 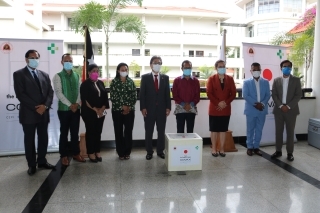 (C)UNICEF Timor-Leste.JPG
The outbreak of COVID-19 has dramatically changed people’s lives all over the world. Far too many people are facing unprecedented tragedies and tremendous difficulties. Japan believes the vaccines is a critical tool to help save lives in the world including Timor-Leste.

Ambassador of Japan to Timor-Leste Mr. Masami Kinefuchi said in his speech “The Japanese government has provided various assistance to support your fight against COVID-19. Through JICA, through UNICEF, through UNDP and through ADB and WB, over the last one year, Japan has funded various projects of more than $16 million in total.

Today, AstraZeneca vaccines produced in Japan, amounting to about 170,000 dozes arrived here.  This is a part of what our Prime Minister promised in June, when he convened COVAX Vaccine Summit with GAVI.  I hope this additional provision of vaccines will contribute to alleviating COVID-19 pandemic situation in this country. ‘United we stand, Divided we fall.’ This is what this country has proved in its history and continues to be an important guideline in the years to come. This also is indisputable truism for all of us in this globalized world.”

In addition to this donation of the AstraZeneca vaccines and cold chain, Japan has provided various assistance for COVID-19 response and is committed to providing more than 16 million USD of assistance in total for measures against COVID-19 in Timor-Leste.