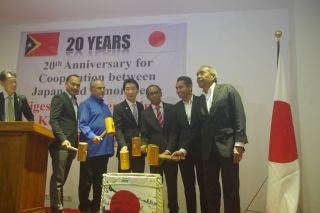 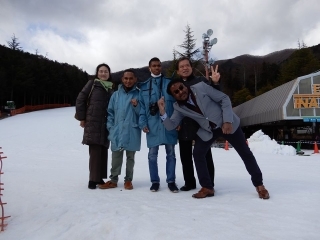 National Paralympic Committee of Timor-Leste's visit to Ina City
National Paralympic Committee of Timor-Leste delegation composed of Mr. Cesario da Silva (Official) and Mr. Teofilo Freitas (Athlete) visited Ina City, Nagano Prefecture, Japan during 5-days from February 24 to 29, 2020.
During the visit, the were welcomed by Mayor Takashi SHIROTORI, and H. E. Mr. Iwao KITAHARA, Former Japan Ambassador to Timor-Leste. They also had the opportunity to observe sports and welfare facilities available in Ina City as part of the preparation of Ina City to be the host city for Timor-Leste Athletes during Tokyo 2020 Games.

Embassy of Japan in Timor-Leste organized a reception for Japanese University Graduates of Timor-Leste on March 19, 2020 at the Ambassador's Residence.
During the reception, the Newly Appointed Ambassador of Japan to Timor-Leste, H. E. Mr. KINEFUCHI Masami and Madam were introduced to the guests as the had just arrived in Timor-Leste, one week before.
Four new students were also introduced to the alumni and it was great chance for them to ask questions and some tips on studying in Japan to their seniors. 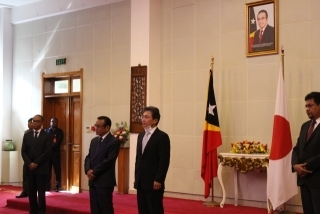 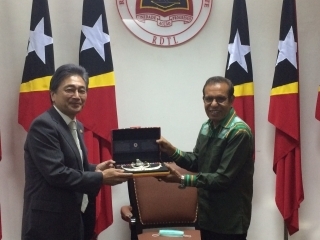