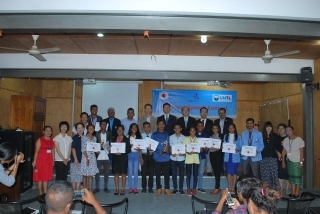 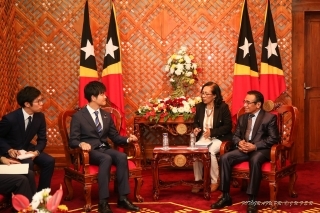 Visit of Parliamentary Vice-Minister for Foreign Affairs, Mr. Suzuki to Timor-Leste (c) Office of the President 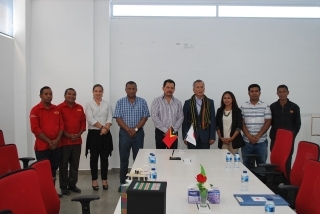 Handing over of Japanese TV Programs to GMN-TV 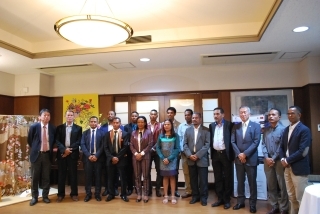 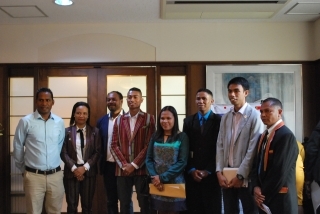 On August 8, 2019; the Embassy of Japan in Timor-Leste held a Sending-off Reception for eight Timorese Civil Servants who were selected as the grantees of Japan Development Scholarship (JDS) at Ambassador’s Residence.
They are going to pursue their master degree program in different universities in Japan for two years.
Congratulations for all the grantees and good luck for their study!

8/23/2019
Visit by Professors and Students of Kinki University

Professor Megumi Kuwana and eight students from the Faculty of International Relations, Kinki University, visited the museum to report on their studies during their stay in Japan and exchange views with Ambassador Hiroshi Minami. 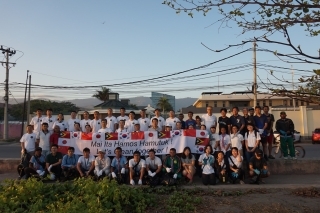 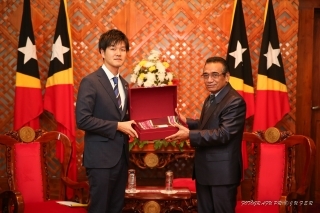 On August 23, 2019 three Embassies tried to show up their dedication and contribution to cheer up the looming community-based awareness on public clean-up campaign.
We’ve known some of younger group and other like-minded folks have started the same kind of morning clean-up efforts on some parts of widely stretching scenic beach, and we suppose this sort of expatriate joining force could propel local community to take one more step forward to our shared goal, “Everyday Beautiful Beach for Everyone.”

Parliamentary Vice-Minister for Foreign Affairs, Mr. SUZUKI visited Timor-Leste in order to participate in the celebration of the 20th anniversary of Referendum (Popular Consultation) and Mission of INTERFET on August 30, 2019. 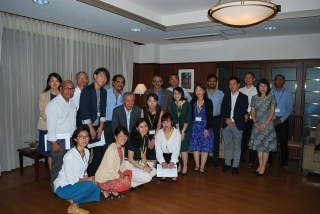 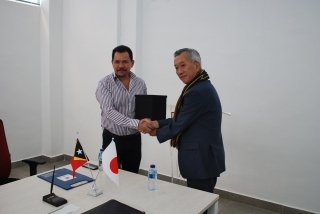 On September 2, 2019; Ambassador of Japan to Timor-Leste, H. E. Mr. Hiroshi MINAMI hosted a discussion and dinner for Nagoya University Students who are visiting Timor-Leste to conduct their research on Education and Agricultural Development of Timor-Leste. 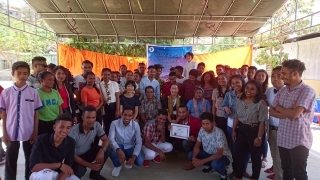 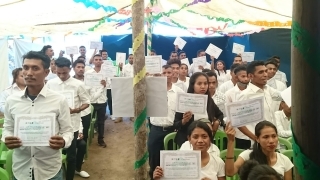 On Friday, September 20, 2019; Public Relation and Cultural Affairs of the Embassy of Japan in Timor-Leste attended the certificate handing over ceremony for Japanese Language course students organized by YMCA-TL (Young Men’s Christian Association of Timor-Leste).
Those students have completed their basic Japanese language course at YMCA-TL Center in Tasitolu, Dili.

On Saturday, October 26, 2019; the First Secretary of the Embassy of Japan in Timor-Leste attended the Japanese Course Completion Ceremony at PDF (Program Development for the Future) in Rai Inus, Masin Lidun, Comoro – Dili.
There were 100 students and youths who awarded the certificate of completion after their participation in Japanese language course for six months, starting from April to October, 2019.
We would like to give special thanks to Mr. Akaike and Ms. Kuwahara who voluntarily teach Japanese beside their main works in JICA. 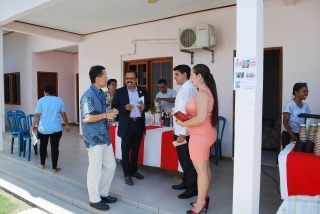 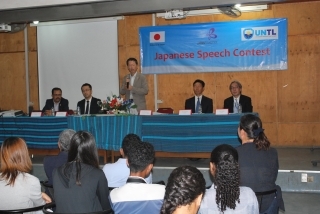 Embassy of Japan in Timor-Leste organized Japan Movie Festival 2019 for four days, from November 13 to 16 at Fundação Oriente.
There were four Japanese movies screened during the festival such as “Bird Girl”, “The Anthem of the Heart”, “Let’s Go Jets!”, and “Shino Cannot Say Her Own Name”.
Those movies basically tell the stories about young Japanese people’s struggles to achieve their dreams.
These movies can be good example and motivation for young Timorese people to set and focus on their goals by working hard and never give up.
Many people were enthusiastic to watch the movies. They were also served with Japanese Sake and Timorese coffee offered by Peace Winds Japan.

On November 22, 2019; the Embassy of Japan in Timor-Leste in cooperation with the National University of Timor Lorosa’e with the support of the Japan Foundation held Japanese Speech Contest 2019 at UNTL Auditorium, Liceu-Dili.
There were 13 contestants from several institutions that provide Japanese language course to Timorese competed in the contest such as UNTL, Sta. Rafaela Training Centre, Quesadhip Ruak Centre, and Programa Development for the Future (PDF).
After the contest, winners were invited for a reception at the Embassy of Japan to celebrate their great achievement.